Ukulele interview: The Durham Ranger and She Bear Show 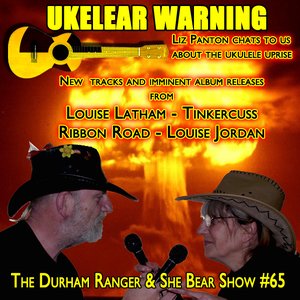 Stan Tunstall-Otterburn (aka “The Durham Ranger“) makes a wicked curry! While he was preparing spices and marinades, Jude (“The She Bear”) and I amused ourselves messing about with ukuleles.

I got to know Stan after he had videoed me, performing “Heart and Soul” by Sheedy Frost, at the “Flash Folk Gathering” organised by Jack Burness in Lanchester in August 2013.

It was at another Flash Folk event, at The Beamish Mary in May this year, that I met Jude for the first time.  Jude said that she did not play a musical instrument, so of course I had to give her a go on my ukulele. As she and Stan left, he was cursing me for introducing her to the uke – and I was predicting that she was already hooked!

Despite his cursing, Stan bought Jude a ukulele for her birthday and what amazing progress she had made in just three weeks!

After they had plied me with Stan’s home made curry and naan bread, Stan and Jude interviewed me for their weekly cloudcast radio show on Mixcloud.

The plan was to broadcast it in time to promote the Grand Northern Ukulele Festival in Huddersfield. But the best laid plans . . . Stan and Jude were to get it on the air in time for it to coincide with the second day of GNUF.  So, after a hard day’s uking in Huddersfield,  I settled down in my little campervan, with an excellent takeaway Balti, to listen to it. As usual with their show, a lovely mix of musical genres!

The Ukulele Allstars (no link)

Dharma Banana at The Cumberland Arms:

“I Had My Hopes Up High”

Zahra Lowzley aka “The Ukulele Tutor“:

—-
Ukulele Track: “Ukuleles from Hell” by Per Andersson (Megahell):
—-

2 comments on “Ukulele interview: The Durham Ranger and She Bear Show” 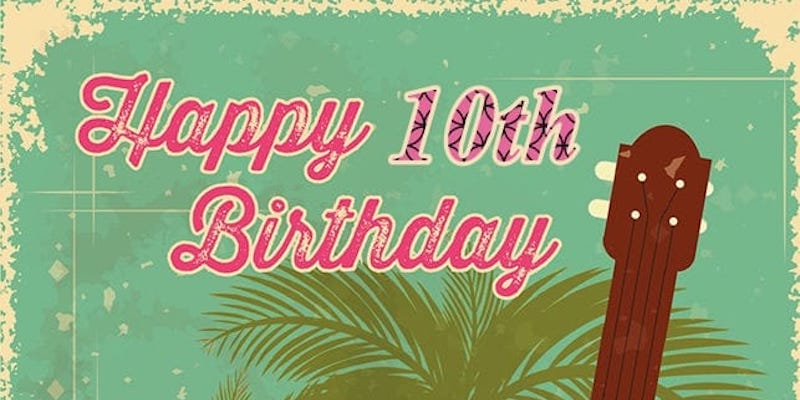